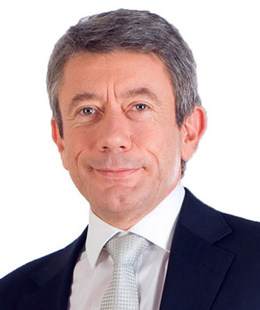 Ahmet Erdem received a bachelor's degree in Civil Engineering from Istanbul Technical University and Engineering Management at Istanbul University Institute of Business Administration Erdem, who started working at Shell in 1990, served in the top ranks in Turkey, the Middle East and Europe. After serving as the Investment Manager of Greece and Turkey, the Retail Sales Manager in Turkey; in 2006, he performed a major role in establishing the Shell & Turcas joint venture in which he is also the Chairman of the Board of Directors. After his duties as Retail General Manager and Executive Board Member during the integration of the Joint Venture, he served as the Country President of Kenya that is the operational center of Shell in East Africa and a Member of the Board of Directors at Shell. He participated in Royal Dutch Shell’s risk management training in finance and reputation and has experience of 20 years in risk management.

In addition to his role as the Shell Turkish Country President, he also serves as the Chairman of the Shell & Turcas and an Independent Member of the Board of Directors at Sabancı Holding. Mr. Erdem served as Chairman of the International Investors Association (YASED) for the second term and a Board Member at the World Business Council for Sustainable Development (WBCSD Turkey). He also serves as the Petroleum and Petroleum Products Industry Council President at the Union of Chambers and Commodity Exchanges of Turkey (TOBB); Board Member at United Nations Global Compact Turkey, Oil Industry Association (PETDER) and Energy Efficiency Association (ENVER); and Advisory Board Member at British Chamber of Commerce.