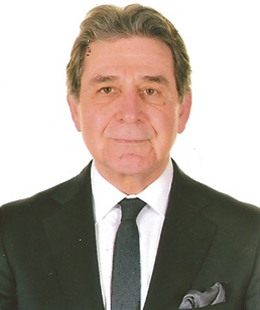 Mehmet Kahya received his double major BS degree in Chemical Engineering and Economics from Yale University and his MBA with majors in Finance, Marketing and Quantitative Methods from Kellog Scool of Management.

He started his career as Management Services Manager at Sasa (1975-80) and later was Founder and Managing Director of MKM BV (Holland, 1980-84) and of Sibernetik Sistemler (1984-86). Mehmet rejoined Sabancı Group in 1986 as Automotive Group Vice President and was EVP/President of Temsa (1986-90) and Member of the Presidency of Toyotasa (1990-94) while serving as Member of the Management and Planning Council of Sabancı Holding and as Member of the Boards of Temsa, Toyotasa, Susa and Sapeksa.

Since 2006, he is advising boards/shareholders as the Founder and Principal of Kronus and serving as an independent member of the boards of listed/unlisted companies. Currently he serves as an independent member on the Board of Directors oat Carrefoursa, Brisa, Teknosa; member of the board at Temsa and Electrosalus Biyomedikal; as shareholder advisor at Dağbaşı Yatırım, Enerjeo Kemaliye and Enerjeo Gediz.

Mehmet Kaya is married and has a daughter.