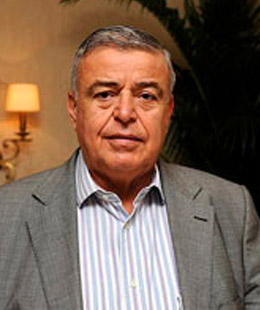 Nafiz Can Paker was born in Istanbul in 1942. He received his undergraduate degree from the Technical University of Berlin, an MBA from Columbia University and his Ph.D. in Mechanical Engineering. Since 1971, Mr. Paker has held top management positions at Türk Henkel A.Ş., serving as General Manager from 1984 to 2004.