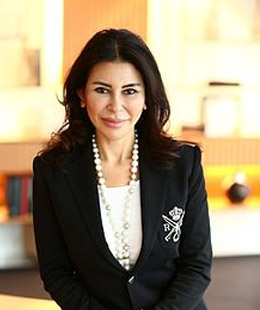 From 2010 to 2014, Suzan Sabancı Dinçer served as the Chair of the Turkish-British Business Council for two terms. From 2009 to 2016, Mrs. Sabancı Dinçer sat on the Global Board of Advisors of Chatham House.

Suzan Sabancı Dinçer is strongly committed to corporate social responsibility activities and assumes various positions in the fields of culture, education, and the promotion of entrepreneurship. She is a founding member and board member of the leading high-impact entrepreneurship movement, Endeavor Turkey, and chair of the Executive Advisory Board and member of the board of patrons of the Contemporary Istanbul Art Fair.