A Magnificent First Concert In Turkey By The Vienna Philharmonic Orchestra 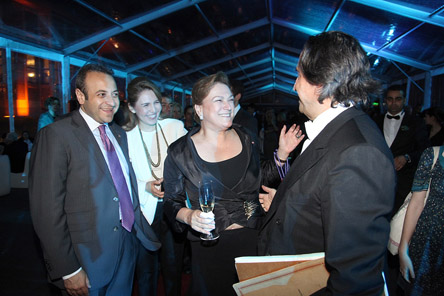 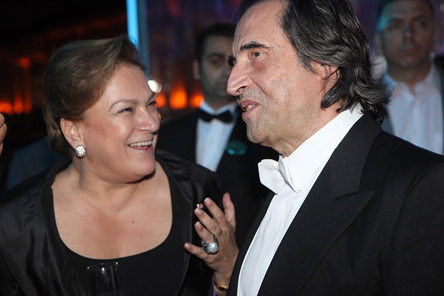 Riccardo Muti pointed out that he had already been to Turkey twice and said; "I love Istanbul and Turkish people very much. It was a great pleasure for me to conduct music in such a city and before such an interested and passionate audience. It is a great joy to be here with such a great audience tonight".

Sabancı Holding Chairman Güler Sabancı also said that the concert was highly impressive. Sabancı expressed her great delight on the first-ever visit of the most important orchestra of the world, the 160-year-old Vienna Philharmonic Orchestra to Istanbul.

- "THE UNFINISHED SYMPHONY BUILT A BRIDGE BETWEEN AUSTRIA AND OUR HEARTS"

Sabancı expressed their pride in contributing to the concert as Enerjisa, the partnership of Sabancı and Verbund and said; "It was a sublime night for all of us. It was a night worthy of Istanbul, the Capital of Culture. The orchestra was amazing, Conductor Riccardo Muti created miracles. We are very happy to have such a venue in Istanbul where we were able to host our guests. And we have such a great audience. An audience of more than three thousand people listened to the concert with great enthusiasm. I am proud of this on behalf of my country. Conductor Muti and the orchestra edged Austria closer to us with Mozart's Linz Symphony and built a bridge between Austria and our hearts with Schubert's Unfinished Symphony.

Attending the concert with his spouse, State Minister and Chief Negotiator Egemen Bağış stated that the Vienna Philharmonic Orchestra's performance in Istanbul had great significance and congratulated the orchestra conductor Riccardo Muti at the reception held after the concert at the Golden Horn Congress and Culture Center. Bağış expressed that the importance of Istanbul was understood once again with this night.

Bağış emphasized that Istanbul, once the capital of the Roman Empire, the Byzantine Empire and the Ottoman Empire, and now Europe's capital of culture, hosted the most popular orchestra of the world in a great manner and said; "I find it very meaningful that this performance was reflected to the whole world from Istanbul. Those who would like to question the axis, route and vision of Turkey shall think again after reading the news about this night".