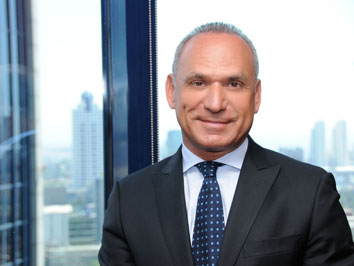 Mr. Köseoğlu graduated from Boğaziçi University's Department of Mechanical Engineering, following which he completed a post graduate degree at Leigh University's Department of Electrical Engineering and an MBA degree at Boston University. Starting his banking career at İktisat Bankası, Mr. Köseoğlu worked at Finansbank from its founding until 1994 where here was the Assistant General Manager for Investment Banking, Treasury, Capital Markets, Assets Management and International Relations. From 1994 to 1999 Mr. Köseoğlu worked at Bear Stearns in New York, one of the largest banks in the USA, as the Managing Director for Investment Banking in Turkey, Greece and Egypt. Following this he settled in Paris and worked as the Managing Director for Turkey and the Middle East at Société Générale's Investment Banking Department. In this role, he helped to develop the bank's local financial strategy and was responsible for managing some of Société Générale most important accounts in the region. From 2000 to 2005 he was the Managing Director/CEO at the London/Istanbul Credit Suisse First Boston Bank, where he was responsible for a range of operations including corporate financing, project financing, the capital markets, fixed income and derivative products. In 2006, Mr. Köseoğlu was a member of the BNP Baribas/TEB Group and more recently has become the Chairman and CEO at TEB Investment. Here he took part in a range of mergers and acquisitions and succeeded in transforming TEB Investment into one of the five biggest intermediary institutions in terms of its trading volume and profitability.