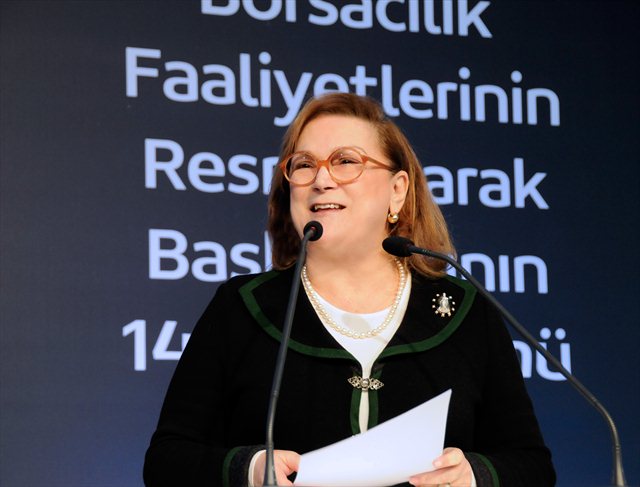 Ring the Bell Ceremony was hosted by Borsa İstanbul in cooperation with the UN Women, UN Global Compact and Sustainable Stock Exchanges Initiative-SSE

on March 6, 2015 with a view to raising awareness on gender equality and empowering women in economic life.

At the Ring the Bell Ceremony, Güler Sabancı, Sabancı Holding Chairman and UN Global Compact Executive Board Member made a speech emphasizing the importance of the participation of women in the labor force.

Also Borsa İstanbul, the Charter Member of Sustainable Stock Exchanges Initiative hosted the bell-ringing ceremony held for drawing the attention of Turkish business world and the other actors of capital markets to the topic within this scope. Organized by Borsa İstanbul in cooperation with the UN Women, UN Global Compact and Sustainable Stock Exchanges Initiative, the bell-ringing ceremony was held at Borsa İstanbul Foyer at 09:15 a.m. (the opening hour of the markets) on Friday March 6, 2015.

Güler Sabancı, Chairman of Sabancı Holding, which is the first Turkish company to sign the Women's Empowerment Principles, and UN Global Compact Executive Board Member, made the opening of Borsa İstanbul by ringing the bell at the ceremony. 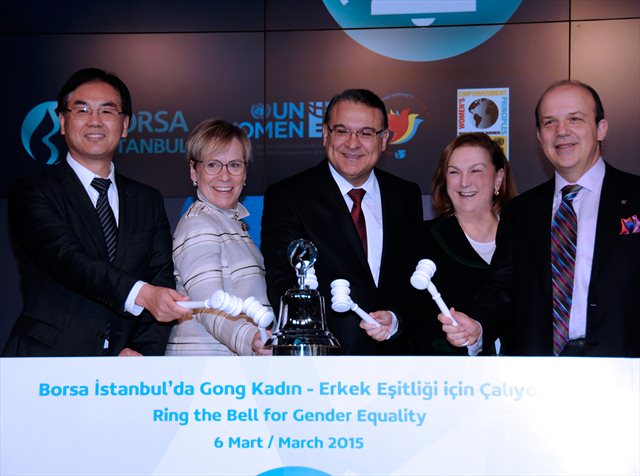 She made the following remarks the ceremony, "The participation of women in the labor force is not only a matter of human rights, but also is the right decision from the perspective of business. We rang the opening bell of Borsa İstanbul for women and equality at this time. We all together become the parts of this important event held in several countries of the world for underlining the economic role of women. We all together look at the same direction with the same sensitivity and gathering around the same common purpose.

According to the recent report published by the International Labor Organization, only 2.8% of publicly traded companies in the European Union countries are managed by female CEOs, while this rate is 4.8% in Fortune 500 companies. This rate was 2% ten years ago. As these figures show, a distance that is much longer than the way we left behind is ahead of us, waiting to be covered. However, the studies prove that we are on the right track. As all the conducted researches put forth, the organizations giving roles to women in decision-making processes become more successful.

Therefore, I wholeheartedly support the principle of CMB proposing at least 25% female member involvement in executive boards of the companies. I call companies to include women in Executive Boards so as to contribute to an egalitarian and participative economic development.

As Sabancı Group, we have aimed at ensuring gender equality, arguing that women must have equal opportunities in the social and business world, taking this issue on the agenda on the national and international platforms, pioneering for it and supporting all the efforts made for it for years.

We are very pleased to be the first Turkish company to sign the Women's Empowerment Principles and open this path. And today new signatories are joining us. I wholeheartedly congratulate them and call the business world to sign these principles. I hope the number of both WEP and Global Compact signatories will increase incrementally."

Following the speeches at the ceremony, it was announced that Women's Empowerment Principles (WEPs) was signed and a photo session with the new signatories was held. 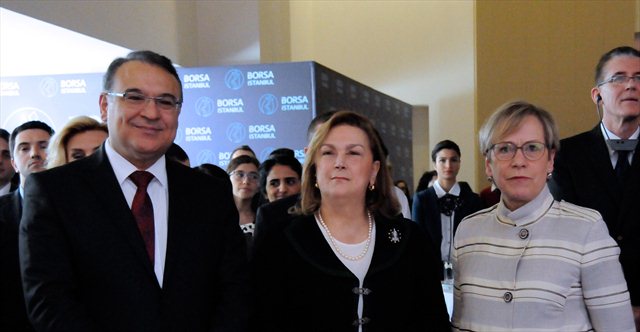