Güler Sabancı, and B20 Commerce Task Force Officer, Addressed Attendees at the B20 Opening Panel 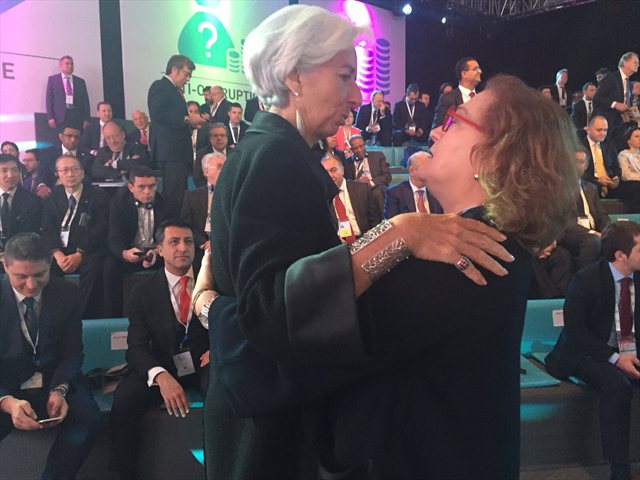 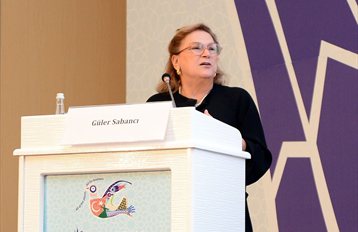 CEO of Sabancı Group and B20 Commerce Task Force Officer Güler Sabancı has attended to B20 Opening Panel. In her speech, Sabancı stated: "As B20 Turkish Task Force our first proposal was "To confirm World Trade Organization's (WTO) Facilitated Trade Agreement and to hasten the application of high standards. Facilitated Trade Agreement was signed at Bali in 2013. No country had adopted it in their parliaments before Turkey took over the term presidency of B20. In the very first six months after Turkey had taken the term presidency, the agreement passed six countries' parliament. In second six months period, this number reached 45 countries. Until now, 10 G20 countries haven't passed the agreement from their parliaments. Turkey as well had put the issue in its agenda, but the agreement didn't adopt in the parliament due to the election process. I believe that this process will be over in the fastest manner possible in the new period. The Facilitated Trade Agreement has been so far adopted in 51 countries' parliaments including 28 European countries. I believe that this achievement is a concrete indicator of the cooperation between G20 and B20 to accomplish results. We need good examples like this. Being the first multilateral trade agreement in WTO's history, this agreement is also a huge opportunity for world trade. As the B20 Trade Task Force, we focused on this issue, because we considered it as an opportunity. We prioritized this issue and made suggestions in that way. If it can be applied, over 1 trillion dollars of additional GDP will be generated, and 21 million new jobs will be created. As the B20 Trade Task Force, we brought the process to a good point and hastened it. We were strong advocates about that. Our goal was to have two out of three WTO members to pass the agreement, until the summit that will take place at Nairobi in December. This goal has not been reached yet, although the process has gained a serious momentum. Agreement should be signed by 107 countries to be binding for all countries, and I believe that we will reach this number in China's term presidency. 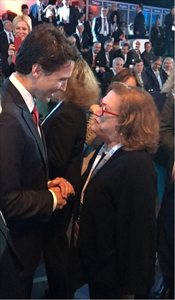 Sabancı stressed that B20 Trade Task Force's second proposition to the G20 governments was to take quick measures, especially on non-tariff barriers in order to get protectionism under control. Sabancı stated: "Protectionism in trade increases with each passing day. The entire business world promotes free trade. The subject of protectionism in trade shouldn't just be subject of B20, this subject shouldn't be limited just in here".

Sabancı stated that third proposition of B20 Trade Task Force was to enhance the global trade system and get rid of the obstacles for digital economy. She emphasized that "Digitalization subject is also developing with each passing day and gaining importance. It reforms and restructures our ways of business. Digitalization is going to pave the way for trade. I believe that we will give some thought to this subject and make more detailed projects in the period of term presidency of China".