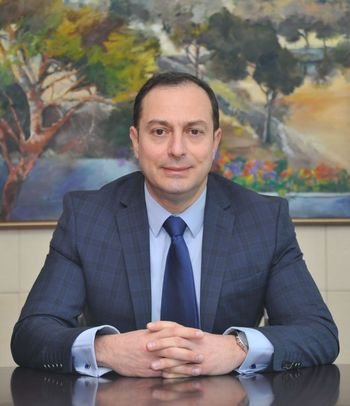 Regarding the appointment, Sabancı Holding Energy Group Chairman Selahattin Hakman said: “With his international knowledge, management experience and dynamism, Mr. Kürşat Özkan will contribute substantially to the realization of the ambitious plans of both the Sabancı Energy Group, and Enerjisa, who is our new partner, and to the achievement of other growth targets.”

Kürşat Özkan, who was appointed the Head of Department in Sabancı Holding Energy Group said “I am proud of working at Sabancı Holding, the leader group in a rising Turkey, and of being a part of a growth-oriented team in a rapidly developing energy sector. It is exciting to add value to my country under Sabancı Group’s roof and being a part of a new strategy after more than 21 years of international experience.”

Özkan graduated from Mechanical Engineering department in Middle East Technical University in 1987 and earned an MBA at the Xavier University in 1999. He served as the CEO and Chairman of the Board of GE Turkey between 2002 and 2012.