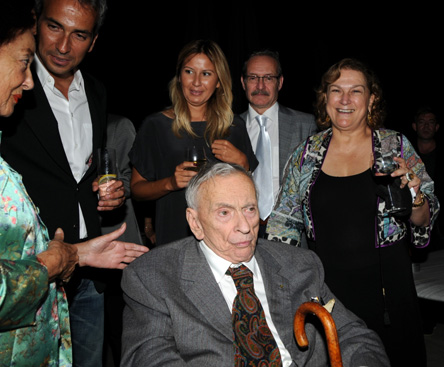 The world-famous guests received information about the works from the exhibition's guides. 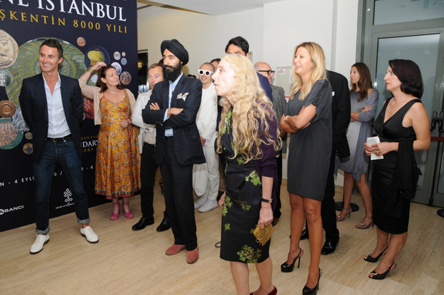 Istanbul 74, the Turkish partner of the Britain-based international diplomacy brand "Liberatum", and the Istanbul 2010 European Capital of Culture Agency are to bring together the world's leading art, fashion, design, literature and cinema icons under the name "Istancool", with support from the Turkish Republic's Ministry of Culture and Tourism. Founder of the festival and its Art Director, Pablo Ganguli, and the Creative President of the festival committee, Demet Muftuoglu, are bringing together, in Istanbul, leading figures that will each leave a mark on our age. "Liberatum", who has taken on the task of bringing together the international counterparts of these leading figures at different countries, undertook the role of cultural diplomat in Moscow last year under the title of "London in Moscow". The Istancool Festival aims to exhibit a dynamic fashion and art diplomacy program in Istanbul, a 2010 European Capital of Culture.