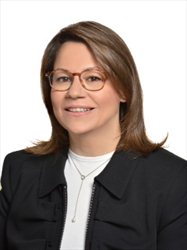 Meggy Güven Halfon graduated from Boğaziçi University Faculty of Management in 1989. She started her career in 1989 as an Auditor at Ernst&Young, before working as the Financial Control and Budget Planning Manager at Bank Indosuez Eurotürk between 1990 and 1994. Joining Manajans-J.Walter Thompson in 1994, Meggy Güven Halfon served as the Finance Director between 1994 and 1999, and as the Board Member CFO, as well as the Deputy President in charge of Human Resources and Administrative Affairs since 1999. In this period, Meggy Güven Halfon also was a Board Member at Turkish Advertisers' Foundation.