Neriman Ülsever has been Appointed as the Head of Sabancı Holding’s Human Resources Department. 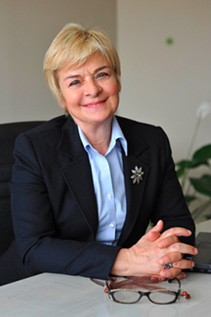 Neriman Ülsever graduated from Boğaziçi University's Department of Business Management and Operational Research in 1975. Ms Ülsever began her professional career at Turkish Airlines in 1973 where she took on a range of responsibilities. Following that she worked in several positions at Anadolu Bankası A.Ş., Emlak Bankası A.Ş., Group Sanfa and Impexbank respectively. Since 1995, she has been the Managing partner at IKE Ltd, a specialized human resources consultancy and training company that she established. Since 1995, when the Indesit Company first entered the Turkish market, Ms Ülsever took on responsibilities for the group's international platforms. From 1999 to 2002 she worked as Eastern Europe and International Markets HR Director in Switzerland and then, from 2001 to 2004, she worked in France as their Western Europe Markets HR Director. Subsequently, she became an HR Director for the World Trade Organization in Italy from 2004 to 2010. In addition, from 2006 to 2010 she was a member of both the Indesit Group's HR Directorship and its Executive Committee. Since 1996, Ms Ülsever has been a Board Member of Indesit Turkey. She was appointed Chairman of Indesit Turkey on 1 January 2011, a position she continues to hold.