Nevra Özhatay acting as the “White Cement and Special Products Assistant General Manager” at Çimsa was appointed as the General Manager position of Çimsa vacated by Hacıkamiloğlu.

Mr. Zafer Kurtul, CEO of Sabancı Holding, told the following about the appointments: “Cement is one of the strategic lines of business of Sabancı Holding. With a market share of approximately 20% at cement sector with Akçansa and Çimsa, we have the highest capacity in our country. Our aim is to sustain our growth within the cement sector with profitability and to increase the value of our cement affiliates within our entire portfolio. We aim to speed up and increase our investments in the cement sector. 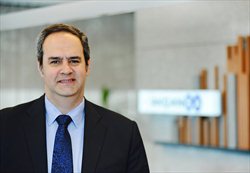 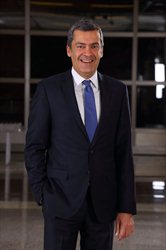 Mehmet Hacıkamiloğlu graduated from Civil Engineering department of Boğaziçi University in 1993 and completed his Executive MBA program at Sabancı University in 2001. He worked as the Site Engineer at Ustay Construction company between 1992 and 1993 and after he participated in our Community in 1993, he respectively worked as Ready Mixed Concrete Plant Supervisor and Investment and Planning Supervisor at Betonsa. He acted as the Strategy Development and Planning Manager of Akçansa between 1997 and 1999 and as the Company Manager of Agregasa Çimento between 1999 and 2001. Then he worked as the Finance Coordinator of Akçansa between 2001 and 2003. Hacıkamiloğlu who was appointed as the Assistant General Manager in charge of Financial and Administrative Affairs at Çimsa in 2003 was the General Manager of Çimsa since 1 July 2006. 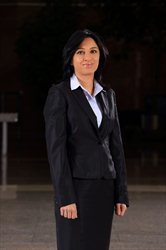 Nevra Özhatay graduated from the department of Business of Boğaziçi University and then completed her MBA degree at the University of Exeter, UK. She participated in Sabancı Community in 1994 and worked at Akçansa as the Finance Specialist between 1994 and 1998, as the Strategy and Business Development Specialist between 1998 and 2000, as the Planning and Control Manager between 2000 and 2004 and as the Strategy and Business Development manager between 2004 and 2008, and was appointed as the Logistics, Strategy and Business Development Director in 2008. Özhatay who was appointed as the Assistant General Manager of Financial Affairs of Çimsa in 2009 was the White Cement and Special Products Assistant General Manager of Çimsa since 1 June 2013.