New Year Message from the Chairman of Sabancı Group 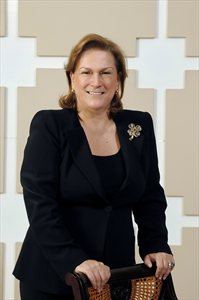 Güler Sabancı, the Chairman of Sabancı Group, issued a new year message for Sabancı Group employees. Evaluating the year 2015 in her message, Sabancı gave voice to her expectations about the year 2016.

I appreciate your labor and your contribution in the year 2015 we successfully left behind. You worked hard, you got tired, but we are happy about this year, in which we achieved our goals and created value.

We are ready now to meet the new year with all our energy and passion.

While entering 2016, when we look at the economic situation of the world, there are a lot of economic slowdown reports from many developing countries, most notable of which is China. The interest rate hike of FED which markets had been waiting for has started. In 2016, this will be important and we all will be monitoring it together.

We foresaw that the drop of raw material and oil prices in 2015 would have positive impacts in the countries which are importing raw material. In the mid-December of 2015, oil prices receded to the lowest point seen in the last 7 years. Low oil prices are a positive development for Turkey.

-'COMPETITION FOR INFORMATION' RISES INTO PROMINENCE-

When we look at the growth dynamics of world economy, we see that the key element shaping these dynamics is the 'technological development'. At this point, the boundaries between service sector and industry sector are about to be removed. More important elements other than classical cost elements have come to light. Nowadays 'information competition' has started to create the foundations of the cost competition.

The world is discussing the so called Industry 4.0 which is the 4th Industrial Revolution. In the medium term, the most important economic necessity of our country is to keep pace with this process by all our systems.

While technology is transforming our lives, the broad agreement in Paris Climate Summit which took place at the end of this year, made for an important and positive development for our world and for the global energy sector. Implementation of the Paris Agreement has a vital importance for each country's future and sustainable life.

Our biggest desire is that this understanding of 'common action', which is being shown for sustainability, to be implemented on global security threats as well.

In 2015, unfortunately, we experienced the pain of terrorism in our country as well as in global scale. We feel a deep sadness for these incidents and we wish these heartaches to come to an end soon. We sincerely wish that peace will prevail.

-NOW ITS TIME TO 'GOVERN' AND 'ENDEAVOUR'-

When we look at our country, on the other hand, while global affairs and their reflections have caused some concerns, 2015 has been a year of 'election' and 'transition'.

After an election and transition period of 2.5 year, now it is time to 'govern' with the one party majority. We have a four year continuous period to 'govern' and 'endeavor'. The new reform packages put forward by the new government, developments at the EU membership process, growth numbers which preceded the expectations, the geopolitical position of Turkey and its young population are strengthening our hopes for Turkey in 2016.

We regard the action plan declared by PM Davutoglu very important; it is detailed, serious, and we regard it as a program which will definitely promote democracy and economic growth. We really appreciate government's devotion to this broad reform process.

Keeping democracy, social peace, the supremacy of law, and the free markets in mind, we are following projects which are going to renovate the trust for markets within the scope of declared reform plan. We think of this period as a huge opportunity for Turkey. We believe that these new reforms that are to be implemented will be the answer to the needs of our country, which are large-scaled production conversion and new employment creation. And of course, we will support every step taken in that direction with all our strength.

-'CLARITY' AND 'SINCERITY' ARE IMPORTANT FOR EU RELATIONS-

One of the other most pleasing developments we experienced at the end of 2015 was the positive new progress in EU relations and the opening of a new chapter after a two year break. At this point the critical thing is 'clarity' and 'sincerity'.

Meanwhile, I believe that the acquisitions brought by G20/B20 term presidency in 2015 will contribute to the next period for our country's global positioning.

On the other hand, we hope that the problems with Russia will be solved in a prudent manner, and these two countries, which have serious economic relations with each other, will rebuild the trust between them in near future.

-" 'SABANCI' BRAND WHICH IS THE MOST TRUSTWORTHY BRAND OF TURKEY, AND THE MOST CLOSE BRAND TO OUR SOCIETY'S HEARTS IS RISING ON YOUR MODERN NOTION OF WORK AND ETHICS."-

After going through the world and Turkey's status, Güler Sabancı explained her priorities for 2016 by evaluating the developments inside the Sabancı Group in 2015. Güler Sabancı also stated:

"We see that we achieved many of our goals in 2015. We started the year by opening the second factory of Kordsa Global in Indonesia. Kordsa was awarded with several sectoral and innovation prizes in the rest of 2015. This year our companies received many awards.

We complete the year with many successful results from our companies of which I can only mention a few. Temsa Otobüs launched eight new products one of the most important of which is Maraton as a top segment product. We made new investments for Cimsa Eskisehir and Afyon factories. Carrefoursa had a record breaking growth buying Kiler and others and Avivasa closed the year as the industry leading company at total net asset value of funds with 9 billion TL. Finally, when we were about to finalize our investments, we reached profitability in Enerjisa to which we have invested with a lot of effort for many years, despite all the contradictions in the markets.

Sustainability, innovation, women in the business life and social sensitivity subjects are also our priorities. This year, as it's known, we brought Sabancı Volunteers program to life so as to convey our accumulations to society via our employees. I follow your eager and ambitious efforts that will provide benefit and bring difference to the society in various regions of Turkey with appreciation.

Sabancı Golden Collar Rewards, which was created by our combined efforts, and which continues its success thanks to your contributions, remains to be our source of pride. We all together see the concrete examples of our philosophies such as being pioneer, and a leader, our innovativeness, searching for the perfect; in the Golden Collar.

We have a year which is full of new goals, hopes and expectations ahead of us.

With the thought of being a 'pioneer' and an 'example', we will keep on running to our goals with our innovation culture, and operational perfectiveness understanding in all our affairs and in every sector.

'Sabancı' brand which is the most trustworthy brand of Turkey, and the closest brand to our society's hearts is rising on our modern notion of work which is based on information and performance, and our ethics".

We are known as "Turkey's Sabancı" in the field of social and economic progress in our country, thanks to the power we gather from you.

I thank you all again for this successful year of 2015. I wish you a year full of health, peace and joy with your families.

Furthermore, I sincerely wish the year 2016 to be remembered as a year of peace, tranquility, economic growth and reforms for our country."