On The 7th Anniversary of His Death, the Life of the Late Sakıp Sabancı Was Commemorated With A Concert held in his Honor. 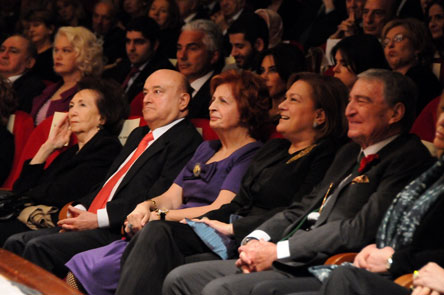 In her speech before the concert, Sakıp Sabancı's wife Türkan Sabancı said "We have gathered here to commemorate the life of my beloved husband, the late Sakıp Sabancı, on this, the 7th anniversary of his departure. The late Sakıp Sabancı was one of Turkey's special values. He was dedicated to his work, his family, his country and everything that is Turkey. With his sincerity and cordiality, he gained a place in the hearts of the Turkish people whom he genuinely loved. And we, his family, still feel his presence among and we endeavour to keep his glorious memory alive."

At the conclusion of the event, the friends of the late Sakıp Sabancı sang "Old Friends" together on the stage. Güler Sabancı and Erol Sabancı gave a long standing ovation to choir at the closing of the concert.