On The 8th Anniversary of His Death, the Life of the Late Sakıp Sabancı Was Commemorated With A Concert held in his Honor. 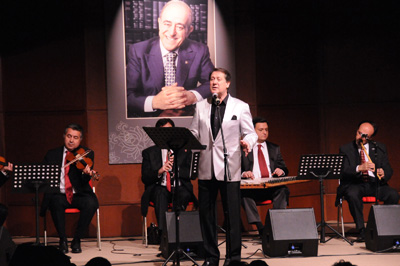 A concert of the late Chairman of Sabancı Holding, Mr. Sakıp Sabancı's favorite songs was held as part of the commemoration activities marking the eighth anniversary of his death. The concert took place at the Sabancı Center and was attended by the spouse of late Sakıp Sabancı Türkan Sabancı, his daughters Sevil and Dilek Sabancı, his granddaughter Melissa Sabancı Tapan, Vice President of Sabancı Holding Erol Sabancı and his wife Belkıs Sabancı, Chairman of Sabancı Holding Güler Sabancı and other members of the Sabancı family and senior executives of Sabancı Group. Prominent figures of business and entertainment life such as Rahmi Koç, Semahat Arsel, Erdoğan Demirören, Yılmaz Ulusoy, Orhan Gencebay, İzzet Günay and Perran Kutman were also present at the ceremony. 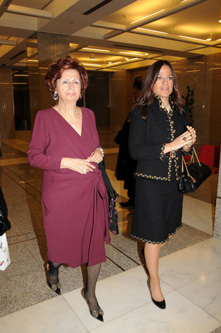 In her speech before the concert, Sakıp Sabancı's wife Türkan Sabancı said  "The late Sakıp Sabancı was very dear and precious to Turkey as much as he was to us. He had dedicated himself to his family and his country as much as to his work.  That is the reason the people of Turkey still remember him with respect. Sakıp Sabancı worked day and night but there was one thing he never compromised: to spend time with his friends. He valued friendships all his life. And now, when I look at you in this hall, I see that this value was mutual. I'd like to thank you all once more for being with us on this important day for our family".

At the conclusion of the event, the friends of the late Sakıp Sabancı sang "Old Friends" together on the stage.