On The Ninth Anniversary of His Death, the Life of Sakıp Sabancı was Commemorated at his Final Resting Place 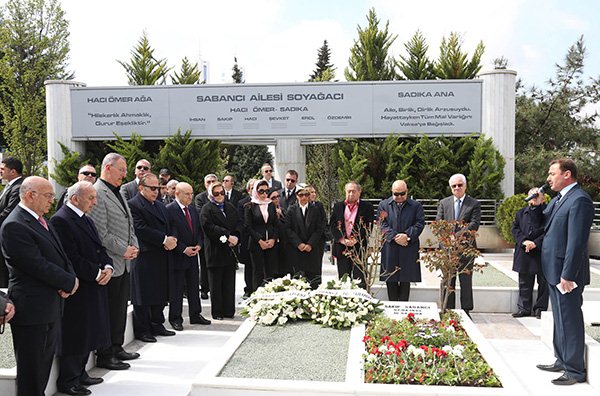 The life of the late Sakıp Sabancı, the former Chairman of Sabancı Holding, was commemorated on the ninth anniversary of his death with a ceremony held at his final resting place. 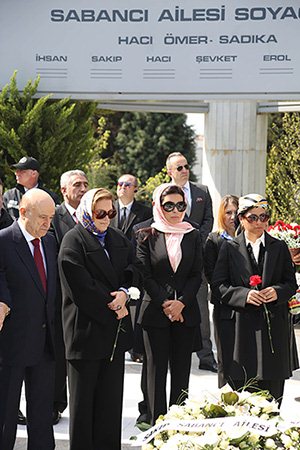 Sabancı Holding’s Secretary General Nedim Bozfakıoğlu presented a speech during the ceremony: “In the nine years since he left us, we made our best effort to grow our group and carry it to the future. In business life, our companies progressed towards the targets set for them successfully and unwaveringly. In various areas of social and cultural life, we are realizing projects which would make permanent differences in our society through our Foundation, University and Museum.

During these efforts, we are deeply influenced by Mr. Sakıp’s vision, who has been our role model all along. He was not only a very successful businessman, but also had a very vibrant and versatile personality, which allowed him to leave deep mark both in business life and in other areas. He pioneered numerous activities in various areas from art to education, and helped and supported who needed them.

He was such an active man all through his life, most of the time we were unable to keep up with him. He used to share his experiences and knowledge to those around him with his usual sincere and candid style. He was an extraordinary man, and an extraordinary leader who used to share whatever he had with his people, and never stopped working and producing, as a result of which he gained an exceptional place in the hearts of Turkish people. I am so happy to have worked with him for a long time.

His determination and Sabancı Employees which he treasured most constitute the foundation of our work today. As the members of the Sabancı Group, we will continue to carry his legacy of values and vision into the future.

Mr. Sakıp had ended his book “Success is Now in Lion’s Mouth” with the following words: “You are obligated to become successful not only for yourself, but for those around you, and your country”. These words will continue to light to way for our future endeavors, just like they did in the past.