On the Tenth Anniversary of His Death, the Life of Sakıp Sabancı was Commemorated at his Final Resting Place 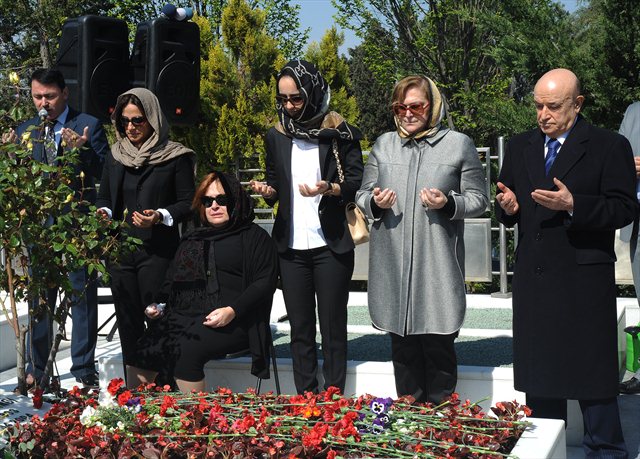 The life of the late Sakıp Sabancı, the former Chairman of Sabancı Holding, was commemorated on the tenth anniversary of his death with a ceremony at his final resting place.

Sabancı Holding Secretary General Nedim Bozfakıoğlu stated in his speech at the ceremony: “Istanbul bidding him farewell to his final resting place is right before our eyes, just like it was yesterday. They say ‘Everybody loves their home country. But the important thing is how much the country loves them.’’ At that mournful farewell, the country's love for Sakıp Sabancı was flowing as strongly as a rain.” It has been exactly 10 years... It is very pleasing to see the youth, the new generation knowing about Sakıp Sabancı even after all those years after his passing away. It shows that his good deeds affected people from all parts of the society, and will continue to do so.”

Bozfakıoğlu continued: “Sabancı Group continues to grow, proceeding on Sakıp Sabancı's way with his dreams. Besides our companies advancing with success and determination in business life, we work to Make a Difference with our Foundation, University and Museum in various aspects of social and cultural life. Just like he wanted. Sakıp Sabancı pioneered significant efforts in all areas from art to education. He reached out to those who needed, and provided support. All employees at Sabancı Group continues to successfully and proudly proceed on his way with the same awareness and sensitivity.

Conveying his experience and knowledge to others in a sincere and genuine manner, Sakıp Sabancı was an extraordinary person and leader who shared his belongings with other people, never stopped working and producing, and managed to secure a special place in the hearts of Turkish people. He was everyone's Master Sakıp.

“Good thing I ran around, and worked a lot. I wish I had worked and ran a lot more. For a more beautiful and much better Turkey...” said Sakıp Sabancı. And we say for him: “Good thing we have known him. Good thing we worked with him. I wish we worked more.” But we know that his legacy is always with us. He is proud of our achievements, and tens of thousands of employees of Sabancı Group.”

After the speeches, the ceremony was concluded after Zincirlikuyu Mosque imam Mustafa Yaman's prayers.