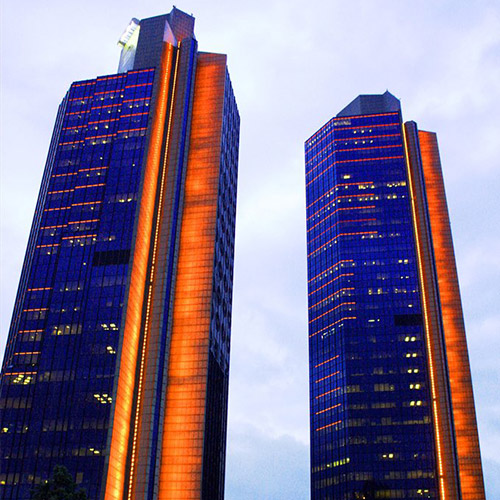 Sabancı Holding and Akbank answer the United Nations Secretary General’s call to "Paint the World in Orange" within the scope of the UN’s "16 Days of Activism against Gender-Based Violence" campaign that will be held on a global scale between November 25th and December10th.

As part of this campaign, Sabancı Center, one of the landmarks of Istanbul, will be illuminated in orange, starting from the evening of November 25th, the start date of the campaign, to increase awareness on violence against women.

The campaign will be launched on November 25th, the date the United Nations accept as "International Day for the Elimination of Violence against Women" all around the world, and it will continue until December 10th, the Human Rights Day.

The Sabancı Group has been working heartily for many years to empower women in all areas in the society with the help of its companies and Sabancı Foundation. Sabancı Holding was the first Turkish group to sign the United Nations Women Empowerment Principles Declaration (WEPs) in 2011.

Akbank, one of the corporations that signed the WEPs, is also among the first to receive the certificate for "Equal Opportunity Model (FEM) Project" conducted by Women Entrepreneurs' Association of Turkey (KAGİDER) in cooperation with the World Bank.

Akbank has been making great strides to bring balance to male-female employment for many years and was the leading organization in women employment with an average total recruitment rate of 56.4% in female employees for the last five years.