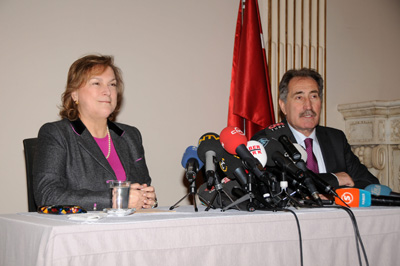 Taking the floor at the signing ceremony,  Sabancı Holding Chairman Güler Sabancı stated: "Atatürk Cultural Center is of utmost historical significance and value. It is a structure that symbolizes Republican values. After such a significant proposal from our esteemed Minister, it was impossible for us not to be interested. The whole Sabancı Group supported this, especially Erol Sabancı. Atatürk Cultural Center constitutes a very significant place in our hearts, in the art and culture events of the Republican history and in our beloved Taksim. We are grateful that we contribute to presenting a symbol of republican values, Atatürk Cultural Center before art lovers, staying faithful to the original yet with new technologies. We are thankful to the officials of the Ministry of Culture and Tourism, who are performing the essential work. We are delightful that we are contributing to the efforts to present Atatürk Cultural Center to Istanbul once more".

Atatürk Cultural Center is an iconic multi-purpose cultural centre and opera house located on Taksim Square in Istanbul, Turkey.  The complex comprises the "Grand Stage", a hall with a 1,307 seat capacity hosting theater acts of Turkish State Theatres and performances of the Turkish State Opera and Ballet, and the "Concert Hall", a second hall with a capacity of 502 seats for concerts, meetings and conferences as well as an exhibition hall of 1,200 m² at the entrance. There are also the "Chamber Theatre" with 296 seats, "Aziz Nesin Stage" with 190 seats and a cinema hall with 206 seats.  The center is home to the Istanbul State Symphony Orchestra and Choir, Istanbul State Modern Folk Music Ensemble, and Istanbul State Classical Turkish Music Choir. 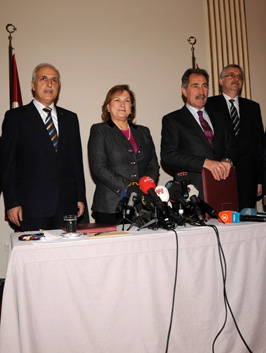