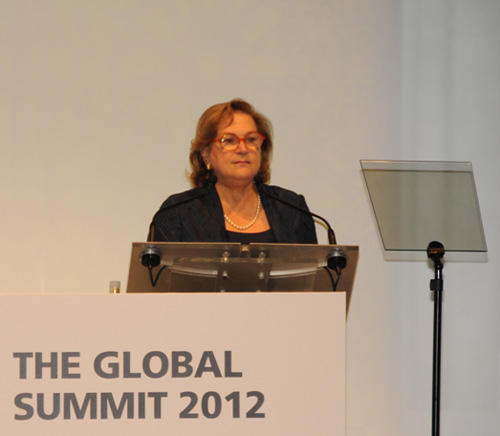 Guler Sabancı noted that at a time when Turkey’s economy has been displaying an exemplary and highly successful performance, it was very important and relevant that the Global Summit should take place in Istanbul.

“As his Excellency, President Gül, so eloquently pointed out, the Turkish economy has been the true success story of Europe in the past decade.

The Turkish economy has shown a remarkable performance with its steady growth over.

A sound macroeconomic strategy in combination with prudent fiscal policies and major structural reforms turned Turkey into one of the major emerging economies.

Even though there is still room for improvement, we have indeed achieved a lot over the past 10 years.

The dominant policy over the past decade has been Turkey’s transformation into a truly free market economy. The private sector has been the driving force behind this progress. The entrepreneurial, risk-taking drive in Turkey has always been incredibly strong.

My grandfather, for example:

He started out in 1927, during the early days of the republic, as a cotton worker – and by the late sixties, he had created a serious business! So both the drive and the suitable mindset have always been there. Once they were met with the necessary climate, they were boosted. Following the crisis of 2001, the Turkish banking sector was substantially restructured, and the legislation harmonised in accordance with the European Union standards. 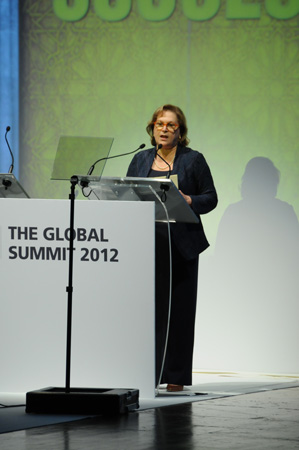 Certainly, compared to many advanced – as well as emerging – economies, the Turkish financial sector is now healthy, and one of the key reasons why Turkey recovered so quickly from the recent global chaos.

Thanks to this, banks were able to support more and more small and medium sized enterprises.

Even though, the service industry constitutes 55% of all employment.

We must always maintain a healthy balance between services and the industry.

An economy that is overly dependent on the services sector is open to shocks and a high current account deficit.This is why we appreciate and value the overall encouragement of the industrial sector by our government to the industrial sector. The new investment incentive scheme adopted by the Turkish government will provide Turkish manufacturers with a competitive edge, supporting brand and new technology development.

And as we all know, retail is also incredibly important for dealing with unemployment, the informal (black market) economy, and inflation.

As in all other sectors, the Turkish consumer is also connected to the world in the retail sector. Turkish consumers are well-informed and demanding. They follow global trends very closely.

In our group, we have Turkey’s number one electronics retailer, Teknosa, and Turkey’s leading retail bank, Akbank.

And through them, I am able to observe that Turkey’s young and vibrant population are early adopters in technology. They are dedicated to the latest convergence in social, local, and mobile media, especially in the context of smartphones, tablets, or other mobile computing devices. In new marketing terms, as you know, this is called SoLoMo. Social, Local, Mobile.

Rather than being pushed impersonal messages, Turkish consumers want services offered to them based on their location and activity on social networks. Turkish SoLoMo consumers demand the latest products, the latest gadgets the moment they are released in Western stores. You yourselves must have witnessed how widespread mobile phones are in this country.

In fact, the ICT sector is itself a true success story in this country to support this consumer behaviour. This trend of the well-informed, demanding consumer should inform all of us.

When I became chairman of my company in 2004, we conducted a study, which showed that the Sabancı brand was one of the most reputable ones in Turkey. The Turkish consumer feels a personal, emotional connection to the SA brand. We have always regarded this as one of our most valued assets.

The road to market share is through a consumer’s mind share and even heart share, which affects their choices. As Sabancı, we have achieved this heart share in our consumers. As Sabancı Holding, we engage our customers as individuals, empower our employees through our values, and amplify innovation through sustainability and partnerships.

It is because of all this that we are now recognised as Sabancı of Turkey. 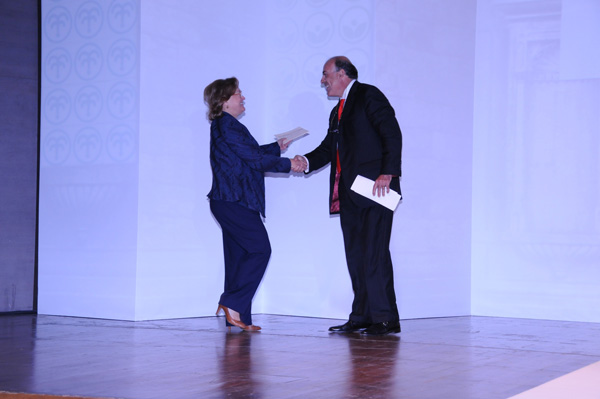 However, we never get complacent. The world is changing and we must always stay one step ahead of the change.

The ups-and-downs of today’s world make the competitive marketplace more complex than ever before. Consumers want / expect brands to be increasingly quick and nimble and to actively engage with them.

This is now the era of ACTIVE CONSUMER ENGAGEMENT. SoLoMo consumers want full interaction with their brands.

Winning brands must now be

• stay a step ahead of the change happening around them

• hyper-aware of other markets

• do not offer brand benefits only, but design unique brand experiences

These prerequisites demand a major change in the management structures and decision making processes at companies. In fact, many of the world’s leading brands are showing active consumer engagement. And they are also showing their dedication to the idea of SoLoMo consumer.

Listening to the consumer and reshaping the future of brands or businesses through consumer input is already common practice.

But now is the time to get the SoLoMo consumers actively engaged!

Thank you very much.”