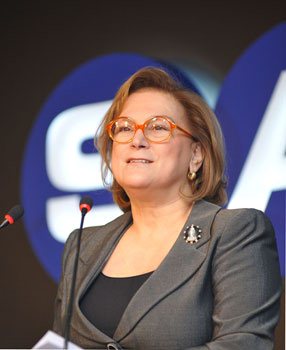 Guler Sabanci, Chairman of Sabanci Holding made the following statement in the wake of President Obama’s re-election:

“President Barack Obama’s re-election is a great victory considering the fall-out from the global economic crisis is still being felt.  I believe the results of the elections are important and beneficial to Turkey and the world.

Contrary to many European countries that opted for stricter economic policies for the sake of “stability,” the Obama administration has chosen a milder and more growth-oriented approach.  We expect this to continue over the course of the next four years, and believe that the election results will aid in the world’s finally getting over the effects of the economic crisis.

On the other hand, Washington has been concentrating on the election campaign for the past year.  As such, global matters that require closer attention have been ignored for the past few months.  Now that the election is over and the previous leadership will carry on, it is our hope that the administration will tackle the global and regional issues – especially those that also affect Turkey – as soon as possible.”