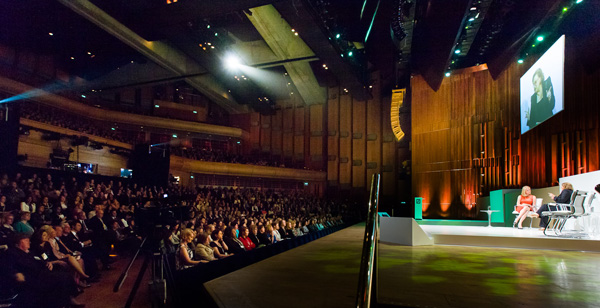 Sabancı Holding Chairwoman of the Board Güler Sabancı was the guest of honor at the 11th Annual Women in European Business Conference organized by Deutsche Bank.

The conference took place at the Barbican Center in London and hosted more than 2000 senior women executives, mostly from the banking industry, from all corners of the world. Sabancı talked about the leadership model Europe needs to leave the current financial crisis behind. 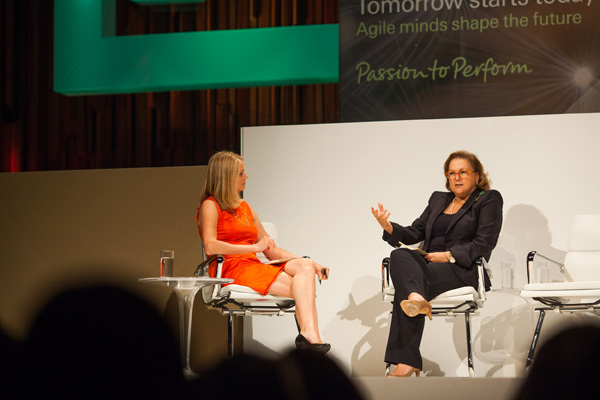 Güler Sabancı: “In April 2011 my dear friend Deutsche Bank (former) CEO Joseph Ackerman delivered a speech at Sabancı University. Following soon after that, Joe asked me to speak to you and I had to accept that because it was a part of WEB”.

Sabancı talked about the global financial crisis in her address and reminded the audience of the "butterfly effect" in Chaos Theory and said: "a flutter of a butterfly's wings in London may have consequences that lead to a typhoon in the Philippines." This is inherent in the nature of this global economic crisis. The crisis may have started in the USA, but now it has spread considerably in the Eurozone and its impact can be felt everywhere”.

Güler Sabancı underlined the globally appreciated success of Europe's integration project in the past decades but reminded of the severity of the current crisis.

Sabancı said that the current situation reminds us of the events that led to the Great Depression and the first years of the 1930s and said: “In the past two years, the situation is not that severe despite the negative trends”

“6 months ago the dissolution of the Eurozone was out of question whereas it is now among the possible outcomes” and continued:

“We have all watched the elections in Greece closely. We were happy to see the New Democracy Party win. It will not be easy to form a coalition that will keep Greece on the right track. What needs to be done now is to form a coalition government that can withstand for a long period. Even though this is of critical importance, achieving it may not be so simple. We are at an historical moment that requires exceptional leadership skills. Without this leadership the crisis will probably deepen and swallow the whole continent.”

“Leadership has at least 4 components. First let's look at it in a European context:

There must be a vision for Europe's future. Leaders must know in which direction they want to move. Reacting to daily, weekly developments without such a vision will result only in the deepening of the crisis.

Leaders must actively and adequately understand the key issues and obstacles. They do not need to know all technical details, but they must have a solid understanding of the fundamental economic and political facts required to define the situation at hand. They must understand that 25 percent unemployment is unacceptable in modern democracies.

In times of crisis and panic, the necessity of interventions by central banks to calm markets down must be understood. They are the only authority that will be able to act swiftly. What would you do if you had a fire in your home? Naturally, your first concern would be to put the fire out. Rebuilding the house to withstand a fire would come after this.

Leaders must be able to communicate their visions and strategies to overcome important problems regarding markets and people. I am afraid the 100-billion-Euros worth bailout prepared for Spanish banks is a prime example of how this communication should not be done. None of the conditions were made public. If a 100-billion-Euro package is brought to the table in a time of crisis, this must be done clearly and firmly. ‘Leading’ statements should be used. Instead of this, chances were wasted and buy-sell margins in Spain soared up to record levels instead of receding. I hope that we will learn from our mistakes as we move forward.

- Strong personal relationships and an atmosphere of trust. 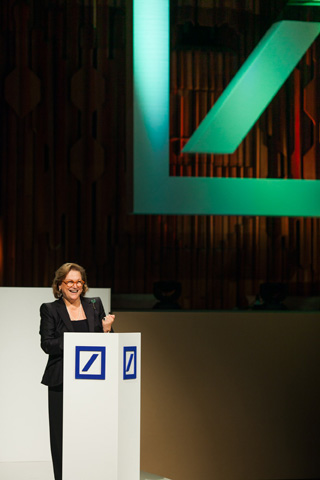 Even if the leaders are good at the first three points, there is definitely a “human effect” missing. For both the feeling of trust that builds over time with key partners and public opinion. When the need for collaboration arises, personal trust plays a key role to do business. When a leader needs to work with others, they must be able to direct those others towards the process. For this reason, I am still hopeful that the people who created the grand European project will be able to turn this crisis into opportunity.”

Güler Sabancı stated that at the end of everything, the thing that should have been adopted from the very beginning but has been missing so far will be adopted and that thing is an integrated common currency ruled by a common policy and an integrated Central Bank.

“If the vision is to have a stronger Euro which is supported by strong fiscal discipline, we will end up with a strong, healthy, prosperous but aging Europe in 10-15 years” said Sabancı and added that this will create an opportunity for South European countries with younger and unemployed populations.

Güler Sabancı ended her conference speech with the following words:

“So, if we dream of such a Europe in the future, and this is possible to achieve, this will facilitate dealing with today’s problems and taking difficult decisions.

Therefore, vision, fundamental understanding of difficulties faced, efficient communication and elements creating the atmosphere of trust for “the human effect” are the primary needs for leadership in the European context. Actually I can say that these are relevant elements for a good leadership in corporate or non-governmental institutions either in local or international settings.”

- TALK WITH LEAD ANCHOR OF BBC AMERICA ON STAGE -

Following her speech, Güler Sabancı had a talk with Lead Anchor of BBC America Katty Kay. Sabancı made the following statements during the talk: “I am an optimist. As I am talking to thousands of bankers here, I wanted to talk a little more realistically but I think good days await our world once we are over this crisis.”

Katty Kay reminded Sabancı that she co-chaired the North African and Eurasian Regions Summit organized by the World Economic Forum in Istanbul and asked for her opinions on the forum. Sabancı replied:

“I realized during the World Economic Forum meetings that there are now two dynamics in the world. One is the opportunities and optimism in the developing countries. There is a difference of understanding between the two worlds. Istanbul is a prime example of this optimism. The other is the developed countries who are going through troubled times. For example, the atmosphere here in London. This is why I can only stay for one or two days in London.

Another issue that was discussed in a broad perspective at the World Economic Forum was the Arab Spring. We exchanged opinions on the latest developments. There were many young people and I learned a lot from them. The Middle East and North Africa are going through tremendous change. This is going to take a while but the direction is right. One other important development of the Arab Spring is women demanding their rights. They want to be equal in all areas. They want to live honorable lives. They want democracy. And we must support them in every way we can.”

Güler Sabancı talked about the crisis in Europe impacting everyone but this impact varies among regions and continued by saying: “Turkey is also affected by the Euro crisis of course. After all, 46% of our exports are made to Europe. But in Turkey we discuss other topics. Our outlook is positive. We talk about new opportunities, new investments, new privatizations, reforms in education.” 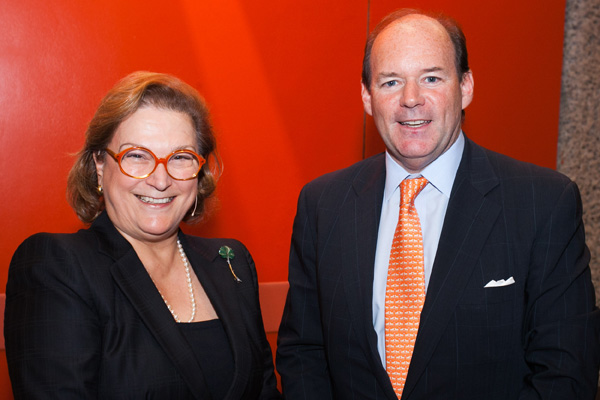