Sabancı Holding Reports A Consolidated Sales of Try 8.26 Billion In The First 3 Months Of 2016, Increasing by 23 Percent Compared with The Same Period Of 2015

- SABANCI HOLDING‘S NET PROFIT WAS TRY 641 MILLION IN THE FIRST QUARTER OF 2016.

- SABANCI HOLDING CEO ZAFER KURTUL: “THE FIRST THREE MONTHS OF 2016 WAS A SUCCESSFUL PERIOD FOR OUR INDUSTRIALS AND ENERGY BUSINESS UNITS. THE LARGEST LIGNITE POWER PLANT BUILT BY THE PRIVATE SECTOR IN TURKEY BECAME COMMERCIALLY OPERATIONAL. WITH THIS PLANT WE WILL BE PROVIDING ENERGY TO ABOUT 1.5 MILLION HOMES GENERATED WITH LOCAL RESOURCES”. 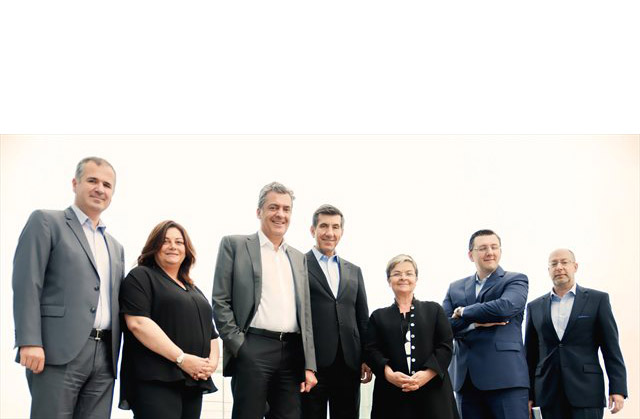 Reviewing the results, Sabancı Holding CEO Zafer Kurtul stated: “First three months of 2016 was a successful period for our industrials and energy business units. Sabancı Holding’s main goal will be increasing the profitability, as well as maintaining and accelerating our current healthy growth in the coming period. We believe this is the best way for us as Sabancı Group to contribute to the future of our country.”

“AKBANK IS THE MOST VALUABLE BRAND IN TURKEY FOR THE LAST 5 YEARS.”

At the conference, Kurtul also touched upon their activities in the banking sector, stating that Akbank’s assets increased by 11% compared to the same period of the previous year and exceeded TRY 259 billion. Kurtul continued: “Akbank funds the real economy with TRY 186 billion in cash and non-cash loans today, we have over three million digital banking customers and we are rewarded as “Turkey’s most valuable banking brand” for the last five years consecutively. All these indicate that Akbank has a solid place in the Turkish banking sector.”

“ENERJİSA’S GENERATION INVESTMENTS ARE ABOUT TO BE COMPLETED”

Indicating that the first three months of 2016 has been successful for Enerjisa, Kurtul expressed his opinions on Sabancı Holding’s performance in the energy business: “First quarter of 2016 was successful for Enerjisa. Despite the fact that the average price of electricity has been 17% lower compared to the same period of the last year due to excess supply, Enerjisa increased its EBITDA (earnings before interest, taxes, depreciation and amortization) by 28% to TRY 576 million by focusing on operational excellence. When Turkey’s largest lignite power plant built by the private sector, with the most efficient and advanced technology, Tufanbeyli became operational, we added 450 MW more capacity and reached 2900 MW. The share of domestic and renewable energy resources in our installed capacity has reached 67%. Tufanbeyli Plant has the capacity to supply the electricity consumption of approximately 1.5 million homes. This means lighting up two Adana’s, the fifth largest city in Turkey.”

“INDUSTRIAL COMPANIES PERFORMANCE WAS REMARKABLY STRONG IN THE FIRST QUARTER”

Referring to the performance of Sabancı Holding’s Industrials Group, Kurtul mentioned: “Industrials Group yielded successful results in the first three months. Kordsa Global, especially, reached record level profits and in addition to 27% growth in revenue, increased its EBITDA by 72%. We will be hearing a lot more of Kordsa Global in the coming years, especially about the R&D activities and investments in composite technologies.

One out of every three tires sold in Turkey is produced by Brisa. Brisa maintains its leadership in the industry. In addition, we plan to raise our production capacity by 30%, with the new plant, under construction in Aksaray. We are investing USD 300 million in this second plant, and it will become operational by the beginning of 2018.

Temsa Bus continued its achievements and success in the first quarter of 2016 as well. Temsa branded buses can been spotted in 66 countries around the world. We are especially proud of the record level production and sales. In this respect, 2016 started fast for us, we have launched many new products, one of which is MD9 ElectriCITY, the 100% electric bus. Soon to follow will be our Turkish-engineered electric bus built in collaboration with Aselsan.

“OUR CEMENT COMPANIES RETAIN THEIR PROFITABILITY”

Regarding the cement companies, Kurtul mentioned that the combined sales have increased by 9%, combined EBITDA by 11% and net profit by 9% compared with last year’s same period. Kurtul added: “Our cement companies Akçansa and Çimsa maintained their industry leadership in this period. Çimsa, the second largest white cement producer in the world, provided carbon dioxide emission savings by generating 10.5 million kilowatt hours of electricity with the Gas Waste Heat Power Facility of Mersin Plant in the first three months. Moreover, the fuel consumption was reduced by 33% at the Eskişehir plant with the use of waste incineration in the first three months.

Çimsa will strengthen its position in the industry with the new factory of Afyon Çimento, with a total investment of USD 165 million, to be inaugurated by the end of this year.”

“WE FOCUS TO OBTAIN PROFITABILITY THROUGH GROWTH FOR CARREFOURSA”

The CEO of Sabancı Holding, Zafer Kurtul, addressing the performance of the retail companies at the meeting continued: “As you may all know, Carrefoursa grew by acquisitions and new stores openings in 2015. We expect our growth to drive profitability and realize optimization in 2016. In this regard, our work continues apace.

Teknosa continues to be the market leader. The same-store sales grew by 20%. Another pleasing development is the 49% growth in sales through the teknosa.com website in the first three months as compared with the same period of last year.

“AVIVASA MAINTAIN ITS LEADERSHIP AND GROWTH IN PRIVATE PENSION INDUSTRY”

“Avivasa’s assets under management grew by 31% compared with the previous year and exceeded TRY 9.9 billion at the end of the first quarter and we maintained our leadership. This figure exceeds TRY 10 billion today. We also maintain our focus on high margin products and growth with a balanced product and channel portfolio management in Aksigorta, our non-life insurance business.

As Sabancı Group we are a big family with more than 64,000 employees. We are always aware of our responsibility to our country and to our environment and we will continue to work as Turkey’s Sabancı. In this regard, we thank our shareholders, employees and customers for their contribution to our success in the first quarter of 2016.”

“KORDSA GLOBAL WILL GROW WITH COMPOSITES”

The CEO of Kordsa Global Cenk Alper also expressed his opinions on the Company’s targets: “Kordsa Global is the world’s number one in the Nylon 6.6 market and number two in the polyester market. The first quarter of 2016 went very well for us. In the first quarter of 2016, we achieved TRY 488 million of net sales and our net profit was TRY 56.6 million. Today, every two out of three aircraft tires and one out of two car tires in the world are reinforced by Kordsa tire cord fabrics. We are getting a fast return on our USD 100 million investment in Asia-Pacific operations. We reached the full capacity utilization at the polyester yarn facility.

We are carrying over our technological know-how in tire reinforcement to composites industry. The construction of our “Composite Technologies Center of Excellence” that we developed in collaboration with Sabancı University with an investment of USD 30 million is about to be completed. The most comprehensive University-Industrial collaboration initiative in Turkey will be operational by the end of the first half of the year. We aim to develop and produce composites materials for aeronautics, automotive, medical products, pressure vessels and wind turbines. Carbon fiber composite materials are 10 times lighter than metal components and 3 times more durable.

The CEO of Brisa Yiğit Gürçay took the floor and made the following remarks “Brisa, a member of the Sabancı Industrials Group achieved TRY 402 million of net sales and TRY 67.8 million of EBITDA in the first three months. We plan a total investment of USD 170-190 million in 2016, including USD 120-140 million we are investing in our the second plant

Lassa is undoubtedly one of Brisa’s major brands. We can literally say that Lassa is now a global Turkish brand. 78% of Brisa exports consist of Lassa branded products. Lassa is now in Italy, Germany, Australia, Spain, the UK, Iran, North Africa, Egypt and many other markets.

Lassa, currently operating in 70 countries, agreed to sponsor FC Barcelona, one of the most reputable sports clubs, for four seasons. We have the royalty for indoor sports. With FC Barcelona’s brand power, we aim to expand the market coverage of the Lassa brand.”