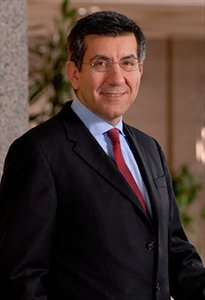 H.Ö. Sabancı Holding A.Ş. (Sabancı Holding) is selling its 51% of shares at SASA Polyester Sanayi A.Ş. (SASA) to Indorama Netherlands BV, the Netherlands-based affiliate of Indorama Ventures Public Company Limited (Indorama Ventures) headquartered in Thailand. The transfer amount of the planned transaction will be USD 62 million, excluding adjustments. The share transfer of SASA, 49% of which is publicly traded at Borsa Istanbul, will be performed after the required approvals.

Sabancı Holding CEO Zafer Kurtul made an assessment on the sales: “With a consolidated revenue of more than TRY 24 billion, Sabancı Holding is focused on profitable growth. At Sabancı Holding, we strive to focus on fields in which we can create a better competitive edge, and we want to transfer our capital into these areas. We attach priority into quickly growing businesses and sectors with a high level of return on equity.

We regularly review our portfolio, aiming to grow profitably and create more values. As part of this strategy, we decided to sell our shares in SASA to Indorama Ventures, one of the best global companies in its field. I would also like to thank SASA employees who have worked devotedly, making significant contributions to our Group. Sabancı Holding will continue to its growth-focused investments with a high level of sustainable profitability.”

SASA Chairman Mehmet Göçmen also stated his thoughts on the subject: “Our decision on our SASA shares is a result of our strategic approach.  SASA is one of the leading companies of its sector. After the shares are transferred to Indorama Ventures, we believe that SASA, which already has a strong culture of innovation and market orientation, will become a global major player.  A company that has created its own advanced technology, SASA will maintain its success in the future.”

SASA is a leading producer in the world for polyester staple fibers, filament yarns, polyester-based and specialty polymers and intermediates (DMT). Maintaining its pioneering position since the day of its establishment in the polyester sector, SASA went into a joint venture partnership with global chemical giant Dupont in 2000 in order to strengthen its position, taking on the name DupontSA. When Sabancı Holding acquired Dupont's shares in 2004, the company was renamed to ADVANSA. The Turkish organization of the Group was named ADVANSA SASA Polyester Sanayi A.Ş. in 2005. In 2011, Sabancı Holding acquired all shares owned by ADVANSA BV., renaming ADVANSA SASA into SASA in September 2011. 49% of SASA shares are publicly traded at Borsa Istanbul.