During the first quarter of 2010 Sabancı Holding's net profit increased 145%, as compared to the same quarter of the previous year, to reach TRY 497 million.

According to Sabancı Holding's consolidated financial statements for the quarter ending 31 March 2010, sales were TRY 4,915 million while operation profits increased by 89% over the same quarter of the previous year to reach TRY 1,335 million. 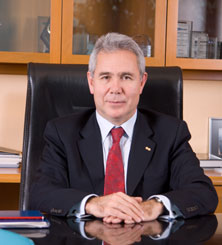 In his statement on the subject, Sabancı Holding CEO Ahmet Dorduncu said "We stated at the beginning of 2010 that our companies would now start to grow once again as the impact of the global crisis started to weaken. The results we have obtained attest to the fact that our expectations are coming to fruition. For the rest of the year we will continue our operations in light of our objectives in each of our areas of activity, aided by the positive effects of national and international economic indicators.