Sabanci Holding’s Net Profit Was 1,089 Million TL In The First Half Of 2013 With An Increase Of 51% Over The Same Period Of Last Year 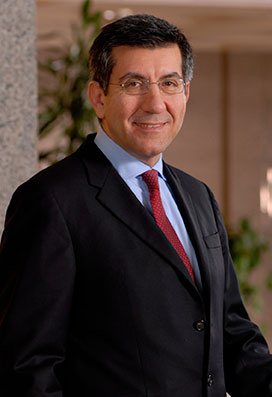 Sabancı Holding’s consolidated revenues in the first half of 2013 amounted to 11,349 million TL, increasing by 13% over the same period last year.

Sabancı Holding’s CEO Zafer Kurtul assessed the results of the first half:

“I thank our employees, who had the greatest share in our successful results.

We are working diligently to sustain our success in the future and proceed with our investments with the expectation of continued economic and political stability in our country. As Sabancı Group, we are confident of the development potential and stable government of our country. Our primary goal in the sectors we operate in is to support the growth of our country and to help create employment. In the first half, the economic developments in Turkey were in line with our expectations. Following the statements of the Federal Reserve regarding the potential end of quantitative easing, however, the Turkish lira, along with other emerging market currencies, devalued against the US Dollar and central banks increased interest rates in order to provide stability. We expect these developments to decrease projected growth rates. With Turkey’s need for external financing, we believe that the measures to be taken by the government to minimize the impact of these developments will be important.

Since Sabancı Holding does not have a short foreign exchange position, it was unaffected by the currency rate fluctuations.”

In addition, Akbank continues to differentiate from its competitors with the high quality of its assets and to successfully manage its risks. Akbank has one of the lowest NPL ratios in the sector.”

Enerjisa continues to increase the diversity of its generation portfolio. With our investments in renewable energy, we are contributing to the reduction of Turkey’s current account deficit. In addition to the 164 MW of renewable installed capacity that has been completed so far in 2013, a further 376 MW of hydroelectricity capacity will be completed in the remainder of the year.”

-“WE HAVE REFOCUSED OUR FOOD RETAILING PORTFOLIO”

“With the goal of focusing on mainstream food retailing, we have exited discount food retailing by selling our shares in Diasa. We have increased our stake to 50.8% in Carrefoursa, operating in the supermarket segment, in which we believe we can differentiate from the competition as Sabancı.”

“Our priority is to successfully implement the turnaround plan in Carrefoursa to achieve profitability and growth, creating value for our shareholders. The first step was taken with the appointment of a local management team with an extensive knowledge of the Turkish retail sector. With this step, we will be able to use our Turkish market and consumer experience fully for the success of Carrefoursa.

We are proceeding with organic growth in the technology superstores market in which Teknosa is the leader with new store openings. In addition, Teknosa is actively exploring acquisition opportunities. Teknosa continued to improve its profitability, increasing its revenues by 36% in the first half over the same period of last year. Teknosa opened 9 stores this year, reaching 292 stores. Share of revenues from e-commerce channels increased to 5% in the second quarter of 2013 compared to 2.2% at the end of 2012.”

-“SAVINGS RATE IN TURKEY WILL IMPROVE WITH THE PRIVATE PENSION SYSTEM”

“Private pension system is experiencing rapid growth with the government incentives. Avivasa, one of the leaders of the sector, increased the number of its new participants by 60% and its assets under management by 27% in the first half of the year over the same period of last year.

-“WE ARE SUPPORTING INFRASTRUCTURAL INVESTMENTS BY SUPPLYING CEMENT”

“Major infrastructural projects are generating strong demand within the regions our cement companies operate in. Akcansa is providing 1.2 million cubic meters of ready mix concrete for the European side of the third bridge in Istanbul and the highways connecting to it.

Kurtul continued as follows: “The slowdown in growth in Asia has increased competition in our export markets. Our industrial companies are responding to this challenge with agility in decision making and execution, innovation and focusing on cost control.

Despite the slowdown in European markets, Brisa increased its net profit by 90% in the first half compared to the same period of the last year as a result of higher sales in the replacement channel and declining raw material prices. Lassa, proudly bearing the Turquality brand in world markets, has added South Korea to its export markets.

-“OUR STRONG CAPITAL STRUCTURE ACCELERATES OUR STEADY AND PROFITABLE GROWTH “

Kurtul completed his assessment: "In the current environment in which managing risks is increasingly more important, our goal is to continue our profitable growth and contribute to the Turkish economy with our low leverage, low foreign currency exposure, strong capital structure and most crucially, with our highly qualified human resources.”