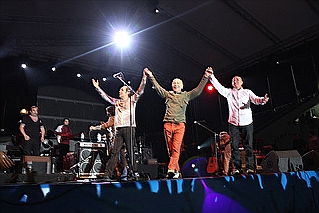 The fourth stop of Sabancı Spring, run by Sabancı Holding was Erciyes University. Students participating in the Sabancı Spring attended various workshops during the daytime, while in the evening they enjoyed a Mazhar-Fuat-Ozkan concert. The concert, with approximately 30,000 participants, witnessed joyful entertainment among the Erciyes University students. 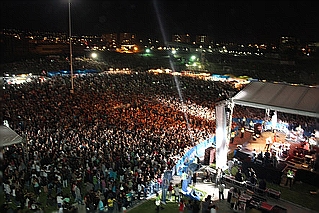 Unlike other festivals organized in universities, Sabancı Spring is organized through the social networking site facebook by the students themselves. The activities daytime activities were determined based on the choices of students, resulting in a different, fun-filled day of curiosity, with activities such as the Chocolate Workshop, the Handicraft Workshop, the Design Workshop, the Music Workshop, Karaoke, Career Hunt, Pro Evolution Soccer (PES), Guitar Hero, and  Nintendo Wii.

After Kayseri, Sabancı Spring will come to Sabancı University on May 23. At this last stop of Sabancı Spring, which is open and free to all university students, MFO will give a concert.