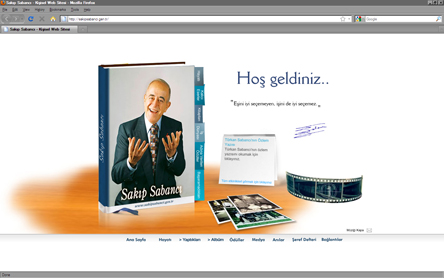 The web site established in the memory of the late Sakip Sabancı, the chairman of Sabancı Holding who we lost six years ago, will appear on the internet with new content upon the anniversary of his death, the 10th of April. Stories about his awards, a memorial as well as longer writings, his permanent works, accomplishments and uncompleted works have been added to the web site, which can be accessed at http://www.sakipsabanci.gen.tr/. Additionally, access to the site's content has become easier with various technical work having been done on the web site, primarily on the navigation.

The web site was first introduced three years ago and has been visited by thousands of people. The site features sections such as Sakip Sabancı's life, his awards, memories, books and his book of honor. It is possible to access more than 500 photos and more than 100 video records of the late Sakip Sabancı on the web site.