In this approach, it has added to its collections three further works of the Ottoman era.  The Museum has bought “Naile Hanim’s Portrait by Osman Hamdi Bey”, “Foundation Charter of Sultan Bayezid II”, and “The Genealogy of World Dynasties”.

Being the first artist who dealt with the theme of woman in Turkish painting, Osman Hamdi Bey frequently employed the female figure in his oriental paintings, being served by his wife and daughter as his models.  However, this portrait added to the SU Sakip Sabancı Museum’s Collection of Paintings is unique with its gilded background which he had never used before, and which fails in his other paintings.  Being a peerless one among the portraits painted by Osman Hamdi Bey, the work is, so to speak, a reflection of the synthesis of the Ottoman Palace portraits, and the Byzantine icons of the past.

Foundation Charter of Sultan Bayezid II, the most precious item of the auction held at the Esma Sultan Residence under the title "Resul-u Purkerem", has also been acquired by the SU Sakip Sabancı Museum who possesses the most important private calligraphy collection in Turkey, and excellently represents our cultural heritage abroad. 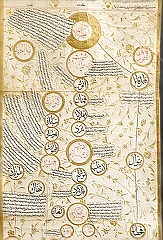 Another work added to the collection along with the Foundation Charter is the World Dynasties’ Genealogy, dated to the 16th Century, which contains the family trees of all the prophets from Adam to Mohammad, and of all the Islamic dynasties up to Sultan Murad III.  Around the names placed inside gilded-framed roundels, the major events occurred during that period were recorded.  Created by order of Sultan Selim II, as per its preamble, the work is of significance not only for its artistic quality, but also for its contents, which make it a historical document.

NOTES TO THE EDITOR

SU Sakip Sabancı Museum’s Collection of Paintings consists of select samples from the early Turkish painting, and works of foreign artists who had worked in Istanbul during the last period of the Ottoman Empire.  Concentrated on the period from 1850 to 1950, the collection includes works of local artists such as Raphael, Konstantin Kapidagli, Osman Hamdi Bey, Seker Ahmed Pasha, Suleyman Seyyid, Nazmi Ziya Guran, Ibrahim Calli, Feyhaman Duran, Fikret Mualla; and of foreign artists such as Fausto Zonaro and Ivan Aivazovsky.

The Collections of the SU Sakip Sabancı Museum comprise 541 paintings in total.  With the latest addition, 7 thereof are the works of Osman Hamdi Bey.

Among the large number of handwritten books included in the Collection of the SU Sakip Sabancı Museum, it is the Koran copies which occupy the principal place.  Another major part of the calligraphic collections of the Museum consists of individual verses called “kit’a”. 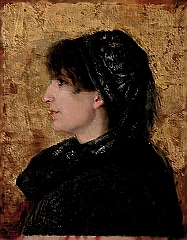