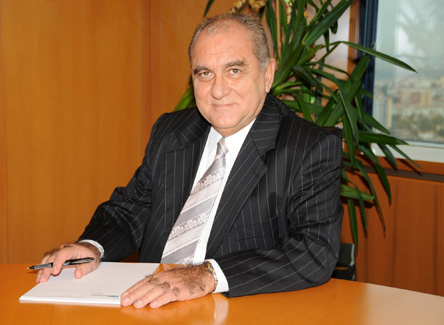 Mr. Tamer Unlu, who had previously worked in the Sabancı Group, has been appointed as CEO of Temsa Global.

Mr. Unlu joined the Sabancı Group in 1974. He led the establishment of Temsa's Bus Factory in Adana and assumed an active role in the establishment phase of Toyotasa Turkey's production site. After the segregation of Toyotosa production activities from the Sabancı Group, Tamer Unlu continued to work for Toyota Turkey in various management positions until in 2007 he was appointed as General Manager of Toyota Turkey. Unlu has been acting as a senior consultant for Toyota since July 1, 2010.

In regard to the appointment of Tamer Unlu as Temsa Global CEO, Sabancı Holding CEO Zafer Kurtul said "Tamer Unlu is one of the most experienced, well-informed and successful names in automotive industry. He joined the Sabancı Group in 1974 and assumed several duties in our Group. I believe that Temsa Global will be very successful under Mr. Unlu's leadership and I wish him continued success in his new assignment". Tamer Unlu will start his new post at Temsa Global on October 25, 2010.