“The Portrait of Sakıp Sabancı” in London 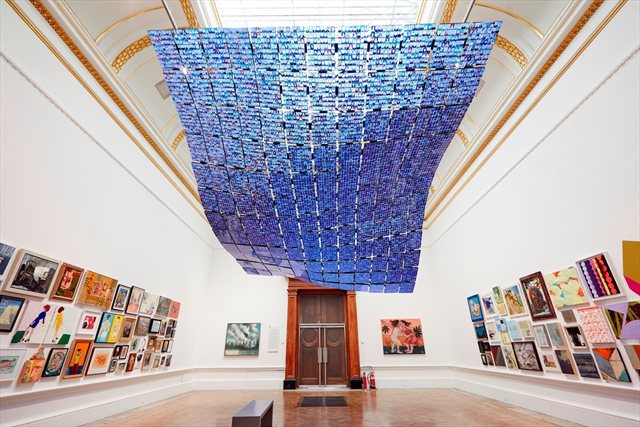 Worldwide renowned artist Kutluğ Ataman’s video installation “THE PORTRAIT OF SAKIP SABANCI”, constituting a moment of silence to commemorate the 10th year of Sakıp Sabancı’s passing, is on display at Royal Academy of Arts, one of London’s most prominent art center.

The monumental multi-image video installation was invited to Royal Academy of Art’s Summer Exhibition 2016 in London, that is being held annually since 1769. The artwork to be exhibited with the support of Sabancı Holding within this scope between 13 June-21st August 2016, was previously exhibited at the S.U. Sakıp Sabancı Museum last year, and at the main section of the 56th Venice Biennale, which is considered as one of the most established and prestigious art events in the world. 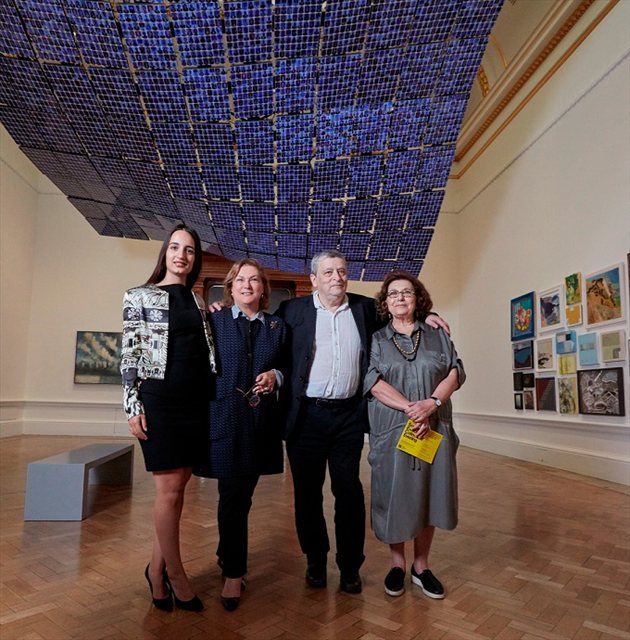 Sabancı Holding Chairman Güler Sabancı noted the following concerning “THE PORTRAIT OF SAKIP SABANCI” being exhibited at Royal Academy of Arts: “In 2012, we formed a committee at Sakıp Sabancı Museum chaired by Sevil Sabancı to lead the preparations for the 10th anniversary of Sakıp Sabancı’s passing. The first idea that this committee came up with was creating an art piece by a contemporary Turkish artist on Sakıp Sabancı’s name to commemorate him. What we wanted was a work to reflect Sakıp Sabancı’s personality, and to show his lively, touching and highly appreciated character. The artwork is prepared utilizing the most advanced technology by Kutluğ Ataman in a multi-participation process and with the photographs given voluntarily by the participants. It is our great pleasure that the piece is being exhibited at Royal Academy of Arts after Venice Bienal. It has a significant place at Summer Exhibition. When Sakıp Sabancı was alive, his calligraphy collection was exhibited at New York Metropolitan, in Boston and Los Angeles as well as Paris, Berlin and Frankfurt in Europe. He always had his eye on London. It is our and his family’s great pleasure that Sakıp Sabancı’s Portrait is today in London at Royal Academy.

Director of Sakıp Sabancı Museum, Dr. Nazan Ölçer said: “We are excited and honored that this monumental video installation created by the estimable artist Kutluğ Ataman and reflecting the proximity of Sakıp Sabancı to people from all social strata, is being exhibited at Royal Academy of Art’s Summer Exhibition, world’s one of the most prestigious London based art institution, followed by 56th Venice Biennale, one of the world’s most effective and established art organizations. Summer Exhibition is opened for the 248th time this year along the three months in summer, brings together the artworks of hundreds of artists in a living context that makes you think and opens new windows into the world of contemporary arts at Royal Academy, which is concerned solely with arts both through education and exhibitions since 1768 with its members who are also artists. “THE PORTRAIT OF SAKIP SABANCI” is among these windows this year within the scope of Summer Exhibition 2016, curated by the famous sculptor of England, Richard Wilson.”

The artist Kutluğ Ataman noted: “The Portrait of Sakıp Sabancı is not only the Portrait of Sakıp Sabancı but also the portrait of anonymous ten thousands who voluntarily agreed to be the building stones of this artwork. Despite all his success, Sakıp Sabancı never forgot he is one of us. He never looked down on others. He became a leader with his wisdom and his love to people. With this artwork, we see that he still lives together with ten thousands of people who has a special place for him in their hearts.”

Organized this year for the 248th time without interruption, Summer Exhibition this year will be curated by leading British sculptor Richard Wilson, RA, informing the world of global contemporary art by bringing together the works of approximately 1000 artists within the halls of Royal Academy of Arts. Since its inception in 1769, Summer Exhibition at the Royal Academy of Arts has constituted a stimulating and lively exhibition venue, presenting artists all around the world to exhibit their works in an international platform.

Kutluğ Ataman’s “THE PORTRAIT OF SAKIP SABANCI”, that is on display for the art enthusiasts along the summer 2016 at Royal Academy of Art galleries, consists of the portrait photographs of thousands of people from all walks of life whose paths crossed Sakıp Sabancı.

Comprising approximately 10,000 LCD panels, the work aims to reflect his personality with his innovativeness, his sharing and embracing nature, his overriding principle of always giving first priority to people and his love and respect for them. Throughout his life, Sakıp Sabancı who merged with people with his sharp intelligence, his sense of humor and warm manner had many windows opening to life and people. Kutluğ Ataman’s work makes visible all the windows opened by Sakıp Sabancı as well as emphasizing on Sabancı’s contribution to the development of technology in Turkey. The basic element of this work which utilizes the most advanced technology in visual arts consists of the people. The work, consisting of the passport sized photographs of thousands of people from all walks of life whose paths crossed the Sakıp Sabancı in some way, implements an extraordinary artistic idea, ‘beyond time’ as is worthy of the famous businessman. 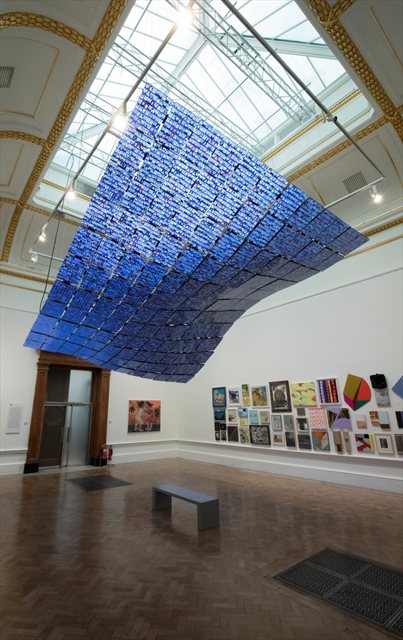