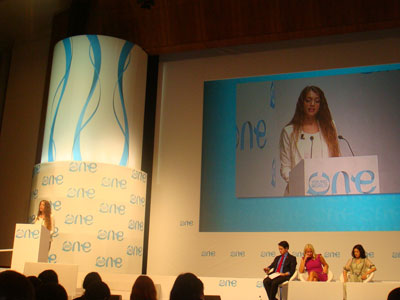 The most important youth summit of the world, of which Sabancı Holding is an official sponsor One Young World 2011 has ended. Gizem Görünmez, a student of Dokuz Eylül Medical Faculty, made a speech during the session entitled "Global Health". Introduced to the delegates by Norway Princess Mette-Marit, Görünmez spoke about the role of media on health sector in her speech. Görünmez also expressed her opinions about the importance of informing the public accurately on health issues and related precautions that should be taken by the governments.

The closing speech of the summit was made by Nobel Laureate famous economist Muhammed Yunus. Yunus explained the effects of the communication technologies in our century and emphasized to its opportunities for the young people. Yunus said to youth "You are the luckiest generation of human kind. You don't believe it, but this is true" and asked them to stay aware of the power they hold. 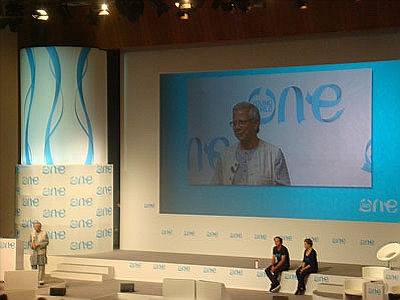 Following the speech of Muhammed Yunus, it has been declared that One Young World Social Entrepreneurship Fund is founded. The fund will provide investment support to the best ten social entrepreneurship ideas which will be presented at the summit next year.

There were 15 Turkish young people among 1200 delegates participating in the One Young World Summit from 171 different countries around the world. In the summit also known as "Young Davos", topics such as "global business world, interfaith dialogue, media, leadership and environment" were discussed.

One Young World was watched live on summit's Facebook page and Sabancı Holding Facebook page (facebook.com/sabanciholding) by 11,650 people from all over the world. 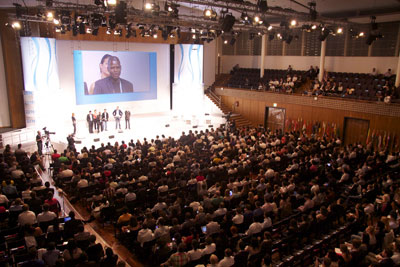 About One Young World

The purpose of One Young World is to enable world youth under 25 to present their opinions and solution offers on international issues such as environment, health, education and thus make their voices heard.

In One Young World, countries are represented in proportion their population in a global summit for the first time in the world.  Delegates were selected among the young people who show leadership potential and are active in the business world, education, media, politics, healthcare, religion environment, agriculture, technology and voluntary works. Turkish delegation consists of young people who have successfully completed the selection process conducted in three stages of video, article writing and group interview as well as above requirements.