The most important youth summit of the world, of which Sabancı Holding is an official sponsor, "One Young World" started in Zurich. Sabancı Holding Chairman Güler Sabancı shared her opinions with the world youth in the opening session of the summit, entitled the "Global Business World".

In her speech, Güler Sabancı said; "Responsible leadership means to ensure that social and environmental issues are included into the basic business model, to take an action in basic issues concerning the world, to support future leaders and to bring up responsible business areas to public agenda.

Being among you here makes me proud and gives me hope and trust for the future. With your work here, you will make big changes in the future. 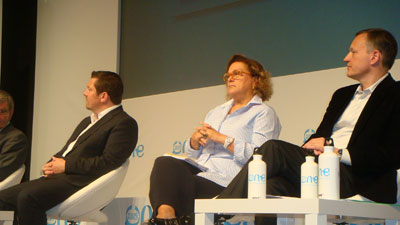 Among these brilliant young people, after talking with and listening to them, I see one point very clearly.  We must listen to each other more and work together.  As global business environment, we have a lot to learn from you, the young people.

Today big companies are expected to deliver more than profit.  In general, they are expected to create value for the society and for the world.  For example, my company Sabancı Holding was selected the most reputable company of Turkey by the Reputation Institute last year.

There is a nice saying: "I prefer to lose business rather than lose my reputation".  In fact, it is more than that.  For instance, as Sabancı Holding we have always carried on our business with this perception.

I am the third generation of our company and our family.  Our Foundation is as important as our business.  This has always been the case.  Such that, we established Sabancı Foundation at about the same time we established our company.  We did business with one hand and gave back to our society with the other.

In the new world where social media such as Facebook and Twitter is so powerful, things have been changed.  Business culture has changed.  And individuals did this.  Power of the individuals changed the business culture.  Today the important thing is to do business beyond making money.  As Sabancı Holding, we also benefit greatly from these voluntary works.  We get triple bottom line.  We are working for people, planet and profit which are at the basis of sustainability.

However, beyond all these, our main concern is human.  Individual.  For us, the most important thing is the culture created by individuals."

There are 15 Turkish young people among 1200 delegates participating in the One Young World Summit from 171 different countries around the world. In the summit also known as "Young Davos" , topics  such as "global business world, interfaith dialogue, media, leadership and environment" will be discussed. In the second day of the summit, Gizem Görünmez from Turkey will also give a speech in the session entitled "Global Health". During the summit, young people will have the chance to exchange opinions about world issues with their peers and also to meet leading figures of their respective fields such as Nobel Peace Laureate South African Archbishop Desmond Tutu, Sir Bob Geldof, Muhammed Yunus, Bernard Kouchner, Fatimo Butto and Joss Stone. One Young World will end in 4 September.

Official opening ceremony of One Young World summit took place in Kongresshaus Zurich, on September 1. In the opening ceremony that started with parade of country flags, the founders of the summit Kate Robinson, David Jones, Sir Bob Geldof, Güler Sabancı, Desmond Tutu and other summit speakers welcomed the participants. After the concert of OYW Zurich Choir, well-known musician and activist Sir Bob Geldof and Nobel Peace Laureate Desmond Tutu made the opening speeches of the summit.

The summit can be watched live on Sabancı Holding Facebook page (facebook.com/sabanciholding) and activities can be followed on twitter from the address (twitter.com/Sabancı_Holding).

Last year, Sabancı Holding ensured participation of 15 Turkish young people in the summit which will be attended by over 1000 young people.

About One Young World

The purpose of One Young World is to enable world youth under 25 to present their opinions and solution offers on international issues such as environment, health, education and thus make their voices heard.

In One Young World, countries are represented in proportion their population in a global summit for the first time in the world.  Delegates were selected among the young people who show leadership potential and are active in the business world, education, media, politics, healthcare, religion environment, agriculture, technology and voluntary works. Turkish delegation consists of young people who have successfully completed the selection process conducted in three stages of video, article writing and group interview as well as above requirements. 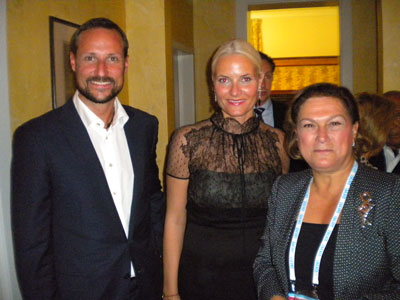