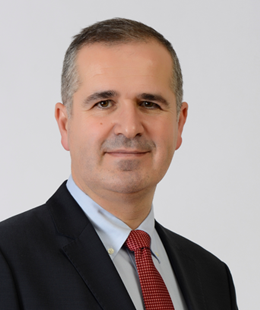 Board Member and CEO

Cenk Alper graduated from Middle East Technical University, Mechanical Engineering Department in 1991. He received his master’s degree in Mechanical Engineering from the same university and completed an MBA at Sabancı University. Joining Sabancı Group in 1996 as Process Engineer at Beksa, Alper was appointed as the Global Technology Director at Kordsa in 2007 after serving in various positions in Turkey and abroad within Beksa. Holding various executive roles at Kordsa, Cenk Alper was CEO of the company from 2013 to 2017. Until 2019, he served as the Sabancı Holding Industry Group President. Cenk Alper appointed as the CEO of Sabancı Holding as of August 2019. He is also the Chairman of the Board of Directors at Carrefoursa.