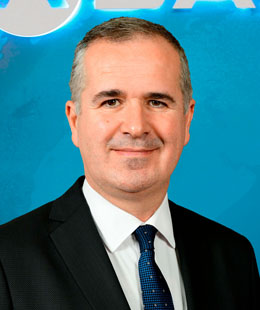 Board Member and CEO

Cenk Alper received his Bachelor’s degree in Mechanical Engineering from Middle East Technical University in 1991. He has a master’s degree in Mechanical Engineering from the same university as well as an MBA from Sabancı University. Mr. Alper joined the Sabancı Group in 1996 as a Process Engineer at Beksa, later taking on managing positions in Belgium and the US at Bekaert between 2002 and 2007. In 2007, Mr. Alper returned to Kordsa as the Global Technology Director and completed the establishment of its R&D and Innovation division. After serving as COO at Kordsa, he led Kordsa’s transformation and initial public offering as CEO between 2013 and 2017. In 2017, he took on a new role as Sabancı Holding Industry Group President. As of August 2019, Cenk Alper is the CEO and a Board Member of Sabancı Holding. He is a member of the Turkish Industrialists' and Businessmen's Association, the World Business Council for Sustainable Development (WBCSD) and the International Corporate Governance Network (ICGN).